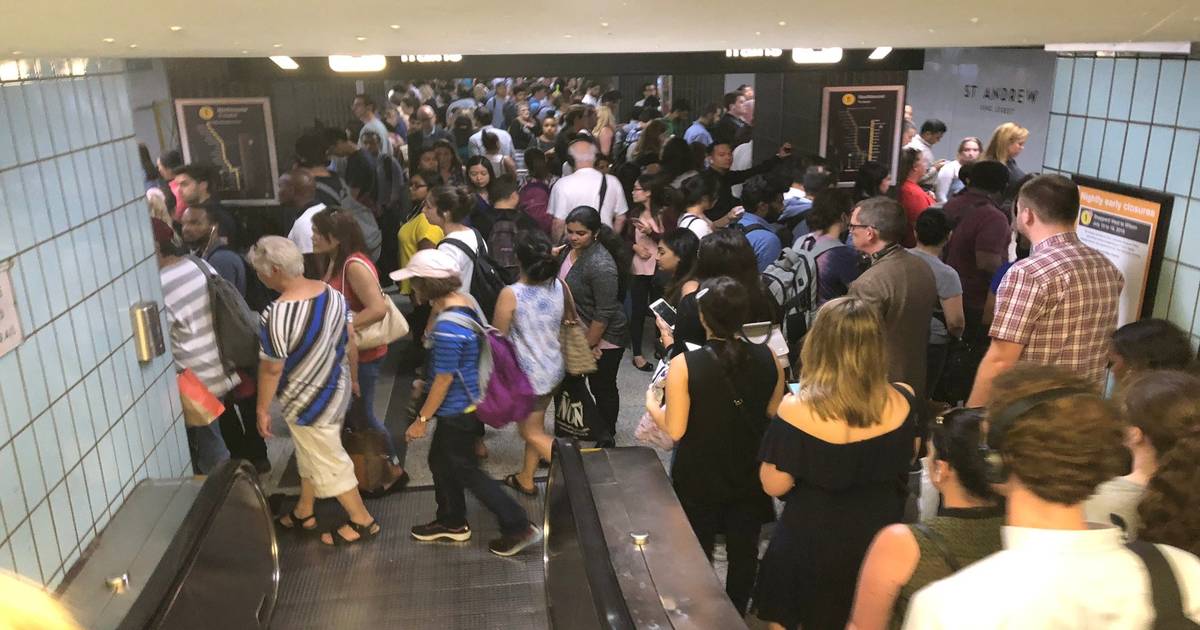 The TTC was total chaos during the afternoon commute in Toronto

The TTC was total chaos during the afternoon commute in Toronto

The TTC commute this afternoon is somehow more of a nightmare than usual.

A full train was taken out of service, there has been track maintenance and subway stations are overflowing with people.

On top of all that, service on Line 1 was halted in both directions from Davisville to Bloor-Yonge due to a power outage.

Although shuttle buses are being offered, the sheer volume of people is making for hot, sweaty, angry commuters.

Lines to get on the buses are long.

Joke of a service or the actual absence of such! Figure your sh*t out before you decide to raise the fares #ttc #Toronto #cp24 #cbcpic.twitter.com/780UwCJpCl

It seems like this is happening a little too often, and commuters are simply fed up.

Not to mention the lack of air circulation on the platforms as well as on subway cars with no power.

At this point, everyone is really jsut wondering how things could have gotten so disorganized, so fast.